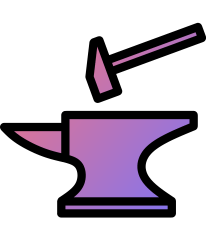 How to use Aristois with Forge Modpacks

This page is specifically about installing Aristois with Forge modpacks. For Fabric modpacks, please read here.

Even though Aristois is available for Forge does not mean the mod is "modpack-friendly". Nearly every popular modpack contains at least one mod that conflicts with Aristois. We generally do not fix any conflictions between Aristois and Forge mods. You can read more about this under Troubleshooting Issues.

Installing to the Vanilla Launcher

1. Download and install Forge from the Forge website.
2. Download and run the Aristois installer. Select your version, and then select "Forge mod loader".
3. Place your mods in .minecraft\mods and then run the Forge profile.

The simplest way to install Aristois with a modpack is by using the Vanilla Minecraft launcher. Before installing Aristois, you should install the correct Forge version (the build number does not matter). Aristois does not come with Forge.

After you have downloaded and ran the Forge installer, you're ready to install Aristois. Grab the installer from the download page. Please note that you cannot use the "Manual Zip" files to install to Forge. After downloading the installer .jar, simply run it with Java.

After the installer is open, select the version you want. Then select Forge mod loader instead of Vanilla. Then finish installing.

After installing you should see the file EMC.jar in your mods folder (or in a subfolder). This is Aristois.
Place the rest of your mods in the mods folder (.minecraft\mods). Then, open the launcher and start the "Forge" profile.

1. Create a new instance and install Forge to it.
2. Run the Aristois installer. Select "Forge mod loader". Do not select "MultiMC".
3. Change the directory to your instance's ".minecraft" folder. For example: C:\Users\X\Desktop\MultiMC\instances\Modpack\.minecraft\
4. Add your mods to the instance's mod folder and then launch the instance.

Before installing Aristois to MultiMC, set up a Forge instance. To do this, create a new instance. Then press "Edit Instance" on the right side. A new window will open, then press "Install Forge". Make sure you choose the right Forge version (build number does not matter). 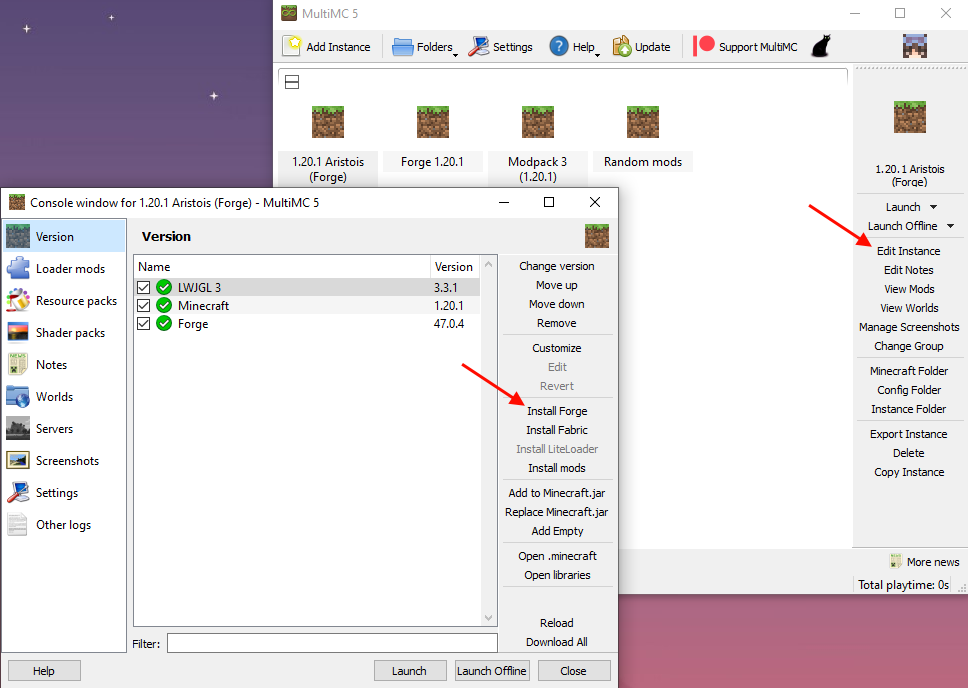 After creating the instance, download and run the Aristois installer. Select your Minecraft version, and then select Forge mod loader. Do not select "MultiMC", that option is only for Fabric loader.
Change the directory to your MultiMC Instance ".minecraft" folder. For example, C:\Users\X\Desktop\MultiMC\instances\1.16.5-Forge\.minecraft\.

After installing you should see the file EMC.jar in your instance's mods folder. (MultiMC\instances\Instance Name\mods\). Place the rest of your mods in this folder. Then, open the launcher and start the instance.

Installing to a Third-Party Launcher

1. Create or set up your modpack within the launcher.
2. Run the Aristois installer. Select "Forge mod loader".
3. Change the directory to your modpack directory. For example: C:\Users\X\Twitch\Minecraft\Instances\RLCraft\
4. Play your modpack.

Third-party launchers are common for modpacks. Although Aristois can work with third-party launchers, please note that they are not officially supported. Before following this, make sure your launcher is already set up and you have already created the profile/instance that you want Aristois to run on.

Download and run the Aristois installer. Choose the version of your modpack, and then select Forge mod loader. For the directory, change it to the directory of your Modpack. For example (technic), C:\Users\X\Twitch\Minecraft\Instances\RLCraft\.

After installing you should see the file EMC.jar in your modpack mods folder. This is Aristois.
Then, run your modpack profile from the launcher. If you crash after this, read below for mod conflicts.

It's not uncommon that some mods will conflict with Aristois. While most mods will work just fine, some will cause crashes or other issues in-game. We typically do not fix these types of conflicts. You can always remove the mod that is causing trouble, however if you play on Multiplayer servers this may prevent you from being able to join modded servers.

These are some mods that are known to cause issues with Aristois (Forge). This is not a definite list, as there will always be more conflictions:

If you have any of these mods, try removing them and see if you still crash. If you do, please join our Guilded for further support. If you'd like, you can also try to find the conflict by removing a chunk of mods at a time until it loads correctly. Gladly report any new conflicts to us so we can add it to the list.

Although a much rarer issue now, some third-party launchers will prevent Aristois libraries from correctly installing, which causes only EMC to load and not Aristois (You can tell if this occurs because the main menu will look normal, but say EMC in the top corner).

All you have to do to fix this issue is install Aristois to the vanilla launcher and run it once to generate the libraries. Then, copy the libraries .minecraft/libraries/EMC/ to the libraries folder in your modpack/launcher.

If you notice that your game has frozen while loading, it's possible that the game does not have enough RAM allocated. Depending on the size of the modpack, you may need to allocate several more gigs of space to the game. The default value is 2G.

Stop the game and then go to the installations tab in the launcher. Edit the forge instance. Press "More options" to view the JVM settings. Before increasing the amount, make sure you know how much RAM your PC has. Never allocate more than half your RAM to the game. 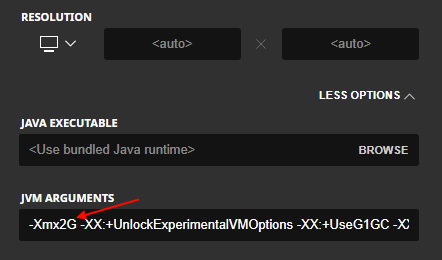 To change the amount, replace 2G with a new number, such as 4G. Increase the amount by 1G or 2G if your system can allow it. You should not over-allocate either, more RAM does not equal better. Save and try launching again.

If it still freezes, check for mod conflicts. Remove all mods except for EMC.jar (Aristois). If it works, try the mods individually to figure out which mod is causing the issue.

If you still have troubles, please let us know so we can help you.

To uninstall Aristois from Forge, all you need to do is remove EMC.jar from your mods folder. If you play on a lower version such as 1.12.2, the .jar will be inside of a sub-folder. For example, \mods\1.12.2\EMC.jar. After deleting this .jar, Aristois will no longer be on Forge.